Can You Make Money Flipping Houses in this Market?

Can you make money flipping houses in this market? Absolutely. But if you go into it blindly without researching, you’re setting

yourself up for failure.

Related: How to Flip a Home and Save Money

I think you can flip in just about any economy. What changes over time, is the specific areas that are prime for flipping.

For example, here in metro Detroit, as of today (December 2013), we flip, but just not in Detroit right now.

Instead, we focus on specific suburbs of Detroit for the time-being.

The key is doing thorough research to reduce your risk.

Here’s just a small sample of some of the things you need to know:

Related: The Secrets to Hedging Real Estate Risk on Flips

Identify Areas That People Are Moving To

Again, you can flip in just about any economy. It’s the ideal areas and cities for flipping that change over time.

Whether it’s a new factory being built, or a new school or Walmart being built somewhere, there are always certain areas of each town that are more desirable than others.

Focus on finding properties in those areas, and you will always increase your chances of finding a buyer sooner than later.

The sooner you find a buyer, the faster you make your money back and profits.

Trends like this are taking place even in down economies. People have to live somewhere.

If you’re like a lot of people, you might think that right now is a bad time to flip houses due to all of the talk about home prices being low over the last few years.

But if you think that way, you’re wrong.

For one, prices are actually on the incline across most parts of the nation.

Secondly, low values don’t necessarily mean you can’t flip in a particular market, although most lenders won’t fund a loan below $50,000.

So if the retail values in your target area are at those levels and below, you might want to find another city or market to flip in.

Why do I say that? Because you make money when you sell that rehabbed property to an end buyer.

And that end buyer is going to need a mortgage.

The median age of inventory is one of the strongest ways to determine the amount of demand there is for properties in a given area.

This number measures the amount of time it takes a listed property to sell. The shorter, the better.

Nationwide, as of October 2013, this number is down 11.32 percent from where it was last year.

Caution: Just because the number has dropped nationwide, doesn’t necessarily mean that’s the case in your target market. So make sure you check these numbers for your specific market.

The low interest rates that we’re seeing right now encourage people that are on the fence to buy sooner than later. 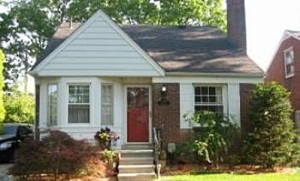 That’s good news for you. That means that right now is a pretty good time to be out flipping houses, especially if you’ve identified areas where there’s demand.

The interest rates are going up.

The threat of rising rates make people feel the pressure to buy if they can qualify for a mortgage.

Real estate prices are rarely if ever stagnant. They’re always rising or falling to some degree.

Right now, home prices are rising across the nation.

The higher they go, the more you’re going to have to pay for the house you acquire to flip.

Plus, an increase in price is a sign of a rise in demand.

So considering the fact that you make your profits when you sell, you want to sell when there’s an uptick in demand for what you’re providing.

And the more the property costs for you to acquire, the higher the barrier of entry there is for you to get in the game.

Next: The Impact of Home Prices, Interest Rates, on the Market…