How to Use Your IRA to Buy Real Estate

There are three different types of custodians:

1) Big Financial Service Companies – The big boys will only let you buy stocks, bonds, and mutual funds out of their IRA.

They won’t give you checkbook control, and you can’t invest in businesses or real estate.

Long story short, they won’t let you invest in anything they don’t make money off of.

2) Self-Directed IRA Custodians – These guys are usually smaller than the big boys. They’ll let you invest in the normal stuff, plus non-traditional investments as well, like real estate and precious metals.

They won’t let you make the investments directly, though. They hold onto your money and distribute it to where you want it to go.

3) Self-Directed IRA Custodians that Provide Checkbook Control – The third type is the kind that will allow “checkbook control.”

With these guys, you get the enhanced spectrum of possible investments, but you can also write checks from the account.

The downside to this approach is that you don’t have the administrator’s help when it comes to record keeping and reporting things to the IRS.

All the administrator will be able to do, is report to the IRS how much money is in that checking account.

You’re going to be on your own when it comes to making sure you’re not breaking any rules with what you’re doing with the money, so you have to be careful and make sure you know what you’re doing. 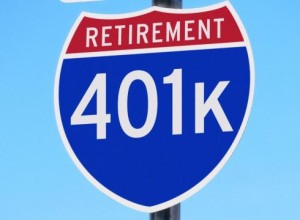 Once you’ve found a custodian (or administrator), the next step is to open an account with them.

The words transfer and rollover are similar in meaning, but they’re not the same.

Once the SDIRA account has been opened, you’ll “transfer” your money to the new SDIRA, if your money was sitting in another IRA.

If the money was sitting in a 401(k), you’ll have to “rollover” the money to your new SDIRA.

By the way, it usually takes anywhere from 30-to-45 days for your funds to rollover to the ne

Direct Rollover.  With a direct rollover, you avoid having money withheld for taxes by having your money go directly into your new retirement account from your old one.

Indirect Rollover. With an indirect rollover, you’re basically cashing-out your previous account, and reinvesting it into your SDIRA within 60 days of when you take the money out of the old account.

Again, no taxes are withheld for transfers.

Costs to Move Your Money

When you move your money to an SDIRA, there are fees involved.

For example, you’re going to have to pay a fee to open an account with the new custodian or administrator.