Is it Good to Invest in Property Now?

No Such Thing as Perfect Time to Get in Real Estate 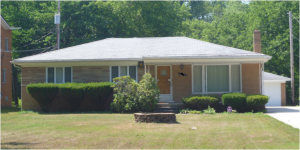 I’ve never believed in there being a “perfect time” to get involved with real estate.

In my opinion, it all depends on the market situations, your financial resources, and figuring out what’s going to help you accomplish your particular goals.

For example, back before the real estate bubble burst back around 2008, people were making a “killing” buying foreclosed homes, rehabbing them, getting high appraisal values, and selling them to people who were able to get mortgages based off of stated income loans.

Can you still flip properties? Absolutely. But the market has changed.

Example
To give you an example on how your strategy can change from one market to another, I wanted to share with you our particular strategy on properties in the city of Detroit.

Because of the low values, we only wholesale or hold rental properties in most Detroit neighborhoods until the values come back up.

When it comes to rehabs, 90% of them (if not more) are in the western suburbs, where the values are higher.

Depends on What Your Goals Are

Sticking with my “city of Detroit” example, if you’re looking to build wealth, it’s a great time to get in real estate, because of the cheap prices of single family properties.

Although the values are way lower than they were in a few years ago, the rental rates haven’t fallen that much, if at all.

You can’t do that with such a small amount of money in most of the suburbs.

Then, depending on your age, you can sell those properties that you bought for cheap in the city years down the line when the values come back up.

Related: Why I Prefer Homes For Sale in Detroit Suburbs

Don’t Try to Time the Market

One of my mentors in the real estate industry once told me, “Don’t try to time the market, just focus on being around a long time.”

What he was saying, is that it doesn’t make sense to try to focus on timing the market.

Real estate markets are way too volatile to get a definite grip on what’s going on. Inventory might be up one month, and down the next two months.

Instead of trying to time the market, focus on sticking around a long time, because just like any other kind of investment, you’re probably going to win if you stick around.

This philosophy assumes that you’re in it to develop wealth, of course.

Just curious, how did you initially develop an interest in real estate?  Did you have a mentor like myself, or were you influenced in some other way?  Leave a comment below!