My Realtor friends that read this might hate me for writing this, but so be it.

The agent you choose can makes a difference. 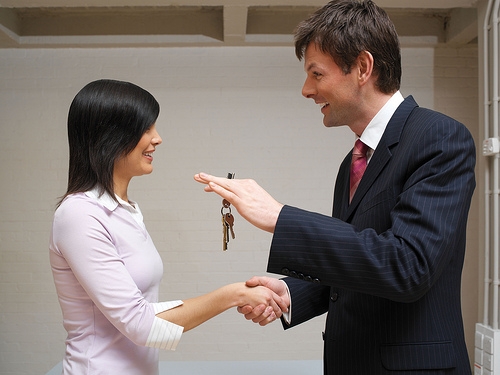 All agents are not the same.

I’ve found that a lot of people tend to be unsure about when or if they should move forward with finding another agent.

So here’s my opinion on when you might need to move-on from the one you’re currently working with, if you’re not getting results.

Related: Realtors in Detroit Michigan | 12 Secrets to Finding the Right One for You

1. Do They Make You Pull Your Own Listings?

If you’re using an agent to find a house, and they make you pull your own listings from Realtor.com, find another agent.

They need to be the ones doing the searching on your behalf and bringing the prospective houses to you.

Let’s be real, even the most organized person can be late sometimes.

So don’t hold it against them if they’ve only been a little late once or twice.

But if it’s to the point where you’ve only been working with the agent for a few weeks, and they’ve been late four or five times (or whatever your personal threshold is for toleration for tardiness), I’d consider finding someone else.

3. Are they Listening to You?

You shouldn’t have to keep explaining to them what you’re looking for.

…and that’s regardless of whether you’re trying to buy or sell.

Unless of course you change your mind regarding what you want while you’re working with them.

If you get a feeling like they’re not paying attention to the feedback you’re giving them, you might want to move on.

Listen.  Their job is to look out for your best interest.  How can they do that when they don’t even know (or care about) what you want?

I fully understand that everybody has to start their career at some time.

I would just prefer that that period in their career not take place while I’m their client.

If they’re part time, that’s a red flag, in my opinion.

I can work with an agent that’s part time (if they have a good deal to bring to the table), but I wouldn’t personally hire one.

I would have questions in my mind regarding whether they have the time necessary to really do a good job for me.

There are steps you can take to finding out just how experienced an agent is, you might want to check out my post on tips for hiring agents for more on that.

Man, you wouldn’t believe some of the stories I’ve heard about how clients have been treated by their agents.

From being yelled at, to hounding them if they were slow to make an offer on a house, that type of stuff is just intolerable in my opinion.

Also, if they start trying to tell you what to do, watch ’em.

Their job is to provide you guidance in meeting your goals; not to tell you what to do.

There’s just way too many good, professional agents out there to have to deal with that crap.

Watch out for unethical agents.

I won’t go into the specifics of the type of stuff I’ve heard going on, but just trust me.

If you hear them talk about stiffing somebody else, don’t think that they won’t do the same thing to you.

If you have an agent that you just hired to help you find a house, watch out for this trick…

Then they take you to one that actually meets your criteria.

What they’re trying to do is create a HUGE contrast in your mind between the first houses they show you, and the other ones they show you right after it.

They’re hoping that the difference will make you more prone to finding a house you like earlier in the process than you would’ve otherwise.

This way, they can (hopefully) get closer to receiving a commission check faster.

I’m not talking about social security number, and stuff like that.

I’m talking about stuff that might compromise your leverage in a price negotiation.

For example, let’s say you hired an agent to help you find a house.  That agent should never reveal anything other than your offer price when they’re negotiating with the listing agent or the seller.

As a matter of fact, they shouldn’t even reveal how much you like the house.  Just your offer.

If you’re trying to reach your agent for something urgent, like a reply to an offer, for example, they should be getting back with you within a couple hours, tops.

When it comes to buying or selling real estate, you have to jump while the fire’s hot.

A couple hour delay on responding to something can make you miss out on a deal.

To be fair though, if you’re calling about something that’s not time sensitive, you might want to give them a good business day to get back with you.

How to Leave Them

Well I guess doing all of this talking about knowing when to leave the agent is silly without making sure you know how to do so.

All you have to do is let them know that you choose to end the representation contract.

They should already be able to guide you through signing the proper paperwork to make everything legal and official.

What other things would you suggest someone look out for, when it comes to working with an agent?